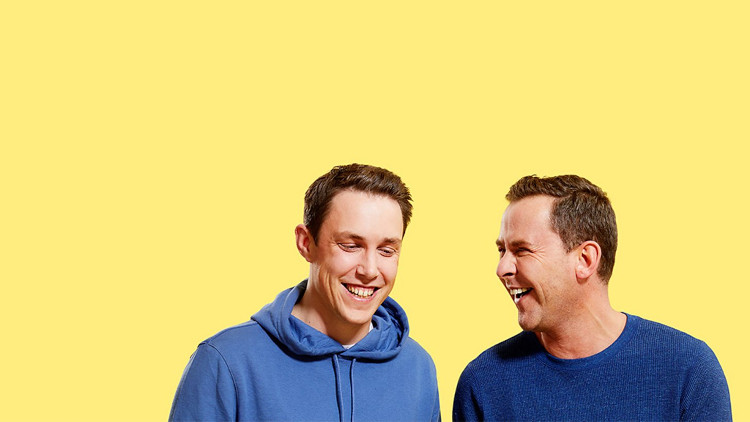 Radio 1’s LOLathon is back from Friday 5 March at 8am until Friday 12 March culminating in a 24-hour marathon show hosted by Scott Mills and Chris Stark.

The marathon will start at 9am on Thursday 11 March and continue until 9am the following day – if Scott is able to continue with falling asleep at the controls!

Music and entertainment stars will feature in the marathon including Little Mix, Anne-Marie, KSI and Joe Lycett.

Little Mix will be meeting Superfan Steve, Anne-Marie and KSI, will both reveal what they were like as kids by re-reading out their old school reports, and Joe Lycett will be dredging up some of the Radio 1 DJs’ first contributions to social media, with embarrassing results.

During the 24 hour show artists will perform some unexpected covers, Scott Mills will take MNEK through a vocal coaching session and Dani Harmer from CBBC’s Tracey Beaker will feature in a world exclusive soundclash.

All the Radio 1 DJs will take part throughout the week, taking part in some challenges. Greg James will ask some famous friends to help him find Radio 1’s funniest listener, Clara Amfo will attempt to break the official world record for the most Beyoncé songs named in one minute, Nick Grimshaw will do a nationwide talent search to launch new band The Drag Dads and Matt Edmondson will throw Mollie King the most extravagant on-air hen do possible.

Scott Mills and Chris Stark say: “We are setting out to MAKE THE UK LAUGH AGAIN and this time the LOLathon is bigger and better than before.

“Last time we did a Knock Knock joke at No.10, Chris went to the holy grail of place names, ‘Muff’ in Ireland, and dressed up in a diving outfit, and yes, there was that episode of Innuendo Bingo that was so rude we promised never to repeat it. But this time the carnage lasts a WHOLE WEEK.

“Superfan Steve has come off furlough to meet Little Mix, the Four Lads in Jeans will be making their Live Lounge debut and Scott will be seeing one for the first time ever. Yep. That’s happening… see you on the 5th March.”

Radio 1’s LOLathon is taking place in support of Red Nose Day 2021, which is on Friday 19 March and money raised will help people in the UK and around the world, helping to tackle hunger, homelessness, domestic abuse and mental health stigma.

? THE #LOLATHON RETURNS! ?@Scott_Mills & @Chris_Stark are on a mission to make the UK laugh again, with a whole week of silliness from Friday 5th March.

They'll finish with another HUGE 24hr non-stop show on the 11th/12th and it's all in aid of @ComicRelief #RedNoseDay! ? pic.twitter.com/8XKlwjMk2C