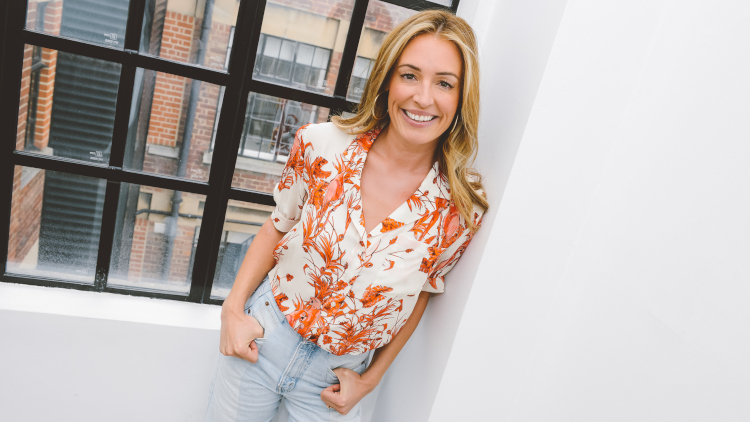 Cat Deeley is to debut on BBC Radio 2 by covering the Saturday morning show, 10am – 1pm on 2 January.

The slot is currently hosted by Graham Norton, who recently announced that he was leaving the station to host weekends on Virgin Radio.

Claudia Winkleman has been announced as Graham’s replacement, starting in February and Cat is one of a number of presenters covering the show until then. The BBC says other names also covering will be announced in due course.

Cat’s husband, Patrick Kiety appears on Radio 2 from time to time and he also covered the Saturday morning programme back in 2010 before Graham Norton started.

Cat and Patrick spent time living in LA and Cat says that they constantly had Radio 2 on in the kitchen although the time difference made the line-up slightly different for them. She says that now they’re based back in the UK they start their day in sync with Zoe Ball rather than Steve Wright!

Although best known for her TV work, Cat has previously worked in radio, having co-presented Hit Music Sunday with Edith Bowman on Capital FM in 2001-2002.

Speaking about being on Radio 2, Cat says: “I’m thrilled to be making my Radio 2 debut on Saturday 2 January. This time of year always fill us with love, hope and optimism, even if it looks a little different this year. We may not gather in the same ways or in the same places, but we are always together in our hearts.

“Gather round the radio and tune in to hear me chatting to some fantastic guests and playing the best music. But the thing I’m most excited about is chatting to the listeners. I’ve missed casual conversations, laughing with new friends I’ve just met, putting the world to rights with acquaintances that brighten your day and connecting with people that don’t stay strangers for long so let’s start the year as we mean to go on… together.”