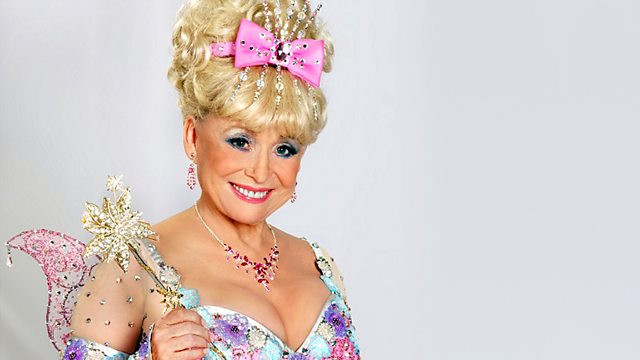 Following the death of Dame Barbara Windsor yesterday, BBC Radio 2 is to pay tribute to her by broadcasting two programmes she presented for the station in 2013 and 2010.

The Carry On and EastEnders legend passed away yesterday aged 83 after battling Alzheimer’s disease.

The first of the two programmes will be aired tomorrow and the second, next Sunday.

Oh Yes It Is – Barbara Windsor on Panto will air tomorrow night at 9pm. First broadcast in 2013, the programme sees Barbara, who had a fascination for Pantomime, take a journey through this unique British institution.

Guests include historian and broadcaster Gyles Brandreth, who explains the origins of Pantomime in the 18th and 19th Centuries. Veteran performer Nigel Ellacott reveals the role of the Dame, we also hear from one of the all-time Panto greats, Stanley Baxter and Barbara talks to Panto favourites including The Krankies and Su Pollard.

Barbara’s interest in Panto began with her first role as a young girl at Golders Green Hippodrome in 1950 and continued until her 2010 appearance as Fairy Bow Bells at the Bristol Hippodrome.

The second programme in tribute to Dame Barbara is Friday Night Is Music Night – A Handful Of Songs: A Tribute To Lionel Bart, which was first broadcast on Christmas Eve, 2010.

Recorded at Lionel’s beloved Hackney Empire, Barbara presents a special concert celebrating the 80th anniversary of the birth of the composer.

She is joined on stage by a host of stars from stage and screen including Russ Abbot, Kerry Ellis, Bradley Walsh, Lee Mead, Eastender’s Samantha Womack, Emma Barton and Bernard Cribbins.

The Children from the Sylvia Young Stage School make an appearance, including Joe Wolstenholme who, at the time was playing the West End’s Artful Dodger.

This programme will air next Sunday, 20 December at 7pm.