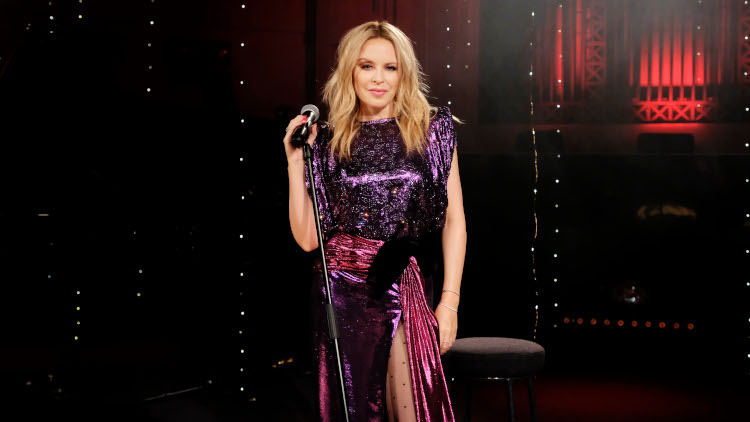 Kylie Minogue will be a guest on The Zoe Ball Breakfast Show on BBC Radio 2 this Friday (6 November) when she’ll be talking about her latest album DISCO.

She’s also recorded four exclusive live tracks in the BBC Radio Theatre in London, including her two latest singles Magic and Say Something from the upcoming album, a classic Kylie song from her back catalogue and a disco cover she’s never done before, which listeners will be able to hear on the show.

The performances will be available to watch on the BBC Music YouTube channel. DISCO is the first new album from Kylie since her 2018 album Golden, which reached Number 1 in both the UK and Australia.

In total, Kylie’s singles have spent over 300 weeks in the Official UK Singles Chart Top 40 and she has sold more than 80 million albums worldwide.

In addition to the exclusive performance this Friday, as a part of BBC Radio 2’s In Concert 50 celebrations, Kylie Minogue’s 2014 set from the BBC’s Maida Vale studios will be broadcast in full on BBC Radio 2 on Sunday 15 November and is currently available on BBC Sounds and BBC iPlayer.