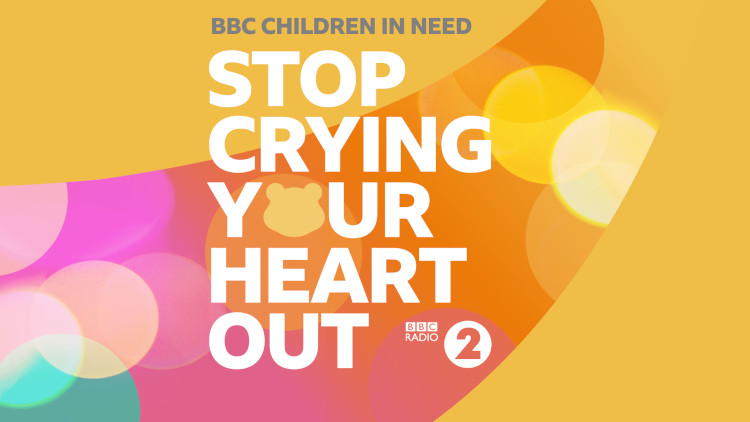 Big names from around the world have recorded this year’s official Children In Need single, Stop Crying Your Heart Out as the BBC Radio 2 Allstars.

The backing track was performed by the BBC Concert Orchestra with Grace Chatto and Sheku Kanneh-Mason on cello and Anoushka Shankar on sitar.

The single was recorded and filmed by artists in locations across the world, from Cher in Malibu to Robbie Williams in Switzerland to Jay Sean in New York and Yola in Nashville.

Bryan Adams says: “It is an honour to sing on the Children in Need single. Let’s all help make it into a big smash record to help the kids.”

Cher says: “I felt very emotional recording this song, it was very important to me.”

Lenny Kravitz said: “We are living in a time when children need all the support they can get and so it is a pleasure to be collaborating with so many great artists for such an important cause. I hope this song reminds everyone that we are all in this together and we can make a difference.”

Kylie Minogue says: “Children in Need is such a special charity and so loved by everyone, including me. It was a privilege to take part in this recording with so many amazing artists. This year it feels even more poignant than ever, and I hope we can all come together to raise as much as possible.”

Gregory Porter says:“Children in Need is such a brilliant charity & the work they do is always incredible so it’s a total privilege to able to be a part of this single & do my little bit to help. To perform alongside such an awesome list of artists makes it extra special. I wish I could be there with Pudsey in person, but instead I must wish Children in Need all the best with the fundraising from afar.”

Nile Rodgers says: “I have a long history of doing great things with the BBC Radio 2 team and the UK is my home from home so I know exactly how important Children in Need is and the important work they do for children throughout the UK is very familiar to me. When Jeff Smith asked me to participate, I immediately said yes as regardless of the pandemic we must do everything in our power to ensure there is no disruption in supporting these children.”

Stop Crying Your Heart Out by the BBC Radio 2 Allstars is available for pre-order now. It will be released by Decca this Friday, 13 November and also be broadcast for the first time on The Zoe Ball Breakfast Show on Radio 2.

'Stop Crying Your Heart Out' from The Radio 2 Allstars is this years @BBCCiN single – out this Friday!

Tune in to the @ZoeTheBall breakfast show on Friday for the first play of the track ?

You can preorder the track & donate at https://t.co/wa6KHDZMjU now! #ChildrenInNeed pic.twitter.com/FBDm32epMp