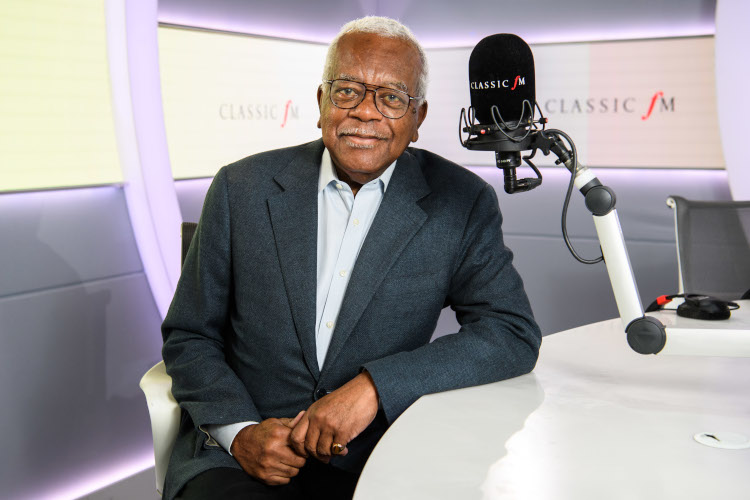 One of the UK’s most respected news broadcasters and television presenters, Sir Trevor McDonald is joining the line-up at Classic FM to present a special four-part Sunday evening series, which launches on Sunday 12 July at 9pm.

Sir Trevor McDonald’s Headliners will celebrate the superstar musicians, renowned for their performances around the world, who make – or have made – the headlines.

These will include legends of the classical music world, such as Jacqueline du Pré, Maria Callas and André Previn, while others are some of the biggest names in the industry today, including Sheku Kanneh-Mason, Martha Argerich and Maxim Vengerov.

A life-long fan of classical music, Sir Trevor has previously met many of the soloists he will be featuring or seen them perform in concert. He witnessed one of the greatest conductors of the 20th century – Sir John Barbirolli – at the helm of the Hallé Orchestra when they toured Trinidad in the late 1960s. He met and formed a bond with the renowned conductor Zubin Mehta – and was at the Royal Festival Hall to see Nigel Kennedy take to the stage in cowboy boots to perform Beethoven’s Violin Concerto.

In his first programme on Classic FM, as well as featuring John Barbirolli and the Hallé Orchestra, Sir Trevor will also shine the spotlight on the conductor and musician Daniel Barenboim, the great American opera singer Jessye Norman and the violin virtuosos Yehudi Menuhin and Stéphane Grappelli.

Sir Trevor McDonald said: “Presenting programmes about the music I love has long been on my bucket list, so I was delighted when Classic FM asked me. I am looking forward to sharing the world’s greatest music and the headlines behind that music with listeners.”