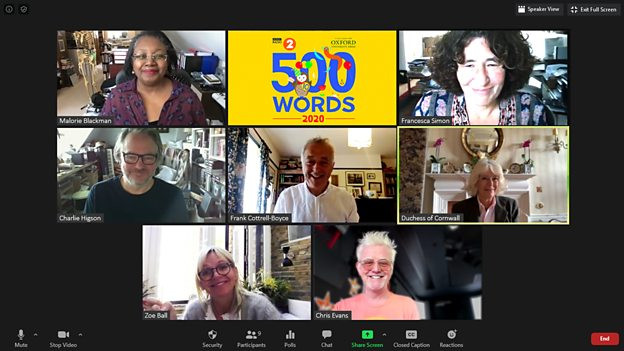 56 stories have made it to the final round of BBC Radio 2 Breakfast Show’s 500 Words competition.

There were 134,709 entries this year, which means over one million stories have been entered since Chris Evans created and launched the competition in 2011.

All finalists’ stories have been narrated and can be heard or read on the 500 Words website.

Zoe Ball says: “In such strange and difficult times, it has been an absolute joy to read the hilarious, super inventive and often very moving stories cooked up by brilliant young writers up and down the country.

“I’m delighted that the Great British public now has the opportunity to enjoy the very best stories which have been beautifully narrated by professional actors. What a treat!”

Judging the finalists’ stories will be a virtual session on Tuesday 12 May when Zoe Ball will welcome honorary judge HRH The Duchess of Cornwall and chair of the judging panel Chris Evans, together with award-winning authors Malorie Blackman, Frank Cottrell-Boyce, Charlie Higson and Francesca Simon where they will decide the six winners.

The final won’t be taking place at Buckingham Palace as planned, because of the coronavirus pandemic, but details of the virtual final will be announced shortly.

The six winners will be announced on the Radio 2 Breakfast Show on Friday 12 June and their stories read out on air by superstar narrators.