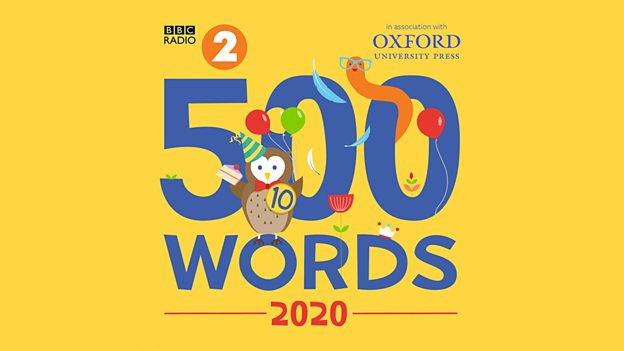 Zoe Ball has launched her Breakfast Show’s children’s short-story writing competition, 500 Words 2020 at a special broadcast from Four Oaks Primary school in Liverpool where pupils joined her live on air.

The competition celebrates its tenth anniversary this year, since it was first created and launched by Chris Evans in 2011. It’s the UK’s biggest short story writing competition for children between five and 13 years old, with 934,296 entries since its launch in 2011.

During the live broadcast of her show from Liverpool this morning, Zoe was joined by CBBC’s Hacker T Dog and Rhys Stephenson as well as Charlie Higson and Mike Williams to help launch the competition. It’s open to children in two age categories: 5-9 years and 10-13 years. The closing date is 8pm on Thursday 27 February.

The live final on Friday 12 June will take place at Buckingham Palace with Her Royal Highness The Duchess of Cornwall once again returning as an Honorary Judge.

“Oh and we have an unbelievably special venue for our live final this year – we’ve been given the keys to Buckingham Palace!

“If you want to come and join us there, then please do encourage all the superstar children you know aged five to 13 years old to get creative, put pen to paper, and send in their fabulous story – it could be them mixing it with royalty and having their story read by a celeb on 12 June!”

Once again, 500 Words will be run in association with Oxford University Press (OUP) to increase reach into schools and provide further support to teachers.

500 Words is back to inspire another batch of budding storytellers for its 10th anniversary! ??

Know a child aged 5-13 with a flair for writing? Click here to find out how to get involved ? https://t.co/QjagonrVz2 pic.twitter.com/wjSPNczffe