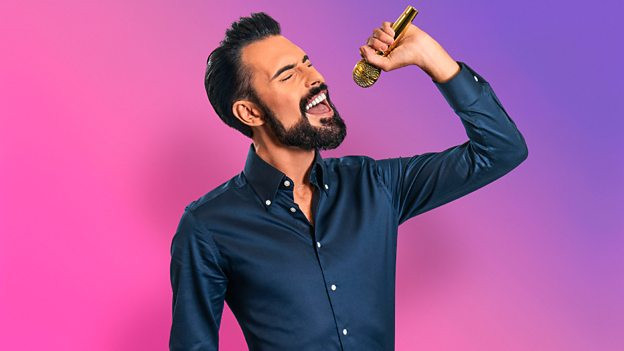 For 24 hours he belted out 231 songs in a karaoke challenge to raise funds for Children In Need and it was worth it as Rylan Clark-Neal has raised a staggering £928,000 for the charity so far.

When the ‘KaRYoke’ marathon ended at 9.15 this morning with a fitting rendition of Tina Turner’s The Best, aided by Heather Small, Rylan fell to his knees as Zoe Ball played the sound of church bells in his Essex hometown, Stanford-Le-Hope.

Proud is an understatement! 🤩 @Rylan @MPeopleHeatherS

The event was broadcast on BBC Radio 2 and the BBC Red Button with Rylan being helped on along the way by various celebrities including Rick Astley, Nicole Scherzinger, Craig David and Heather Small. Some of the Radio 2 DJs, such as Vanessa Feltz, Dermot O’Leary, Trevor Nelson and DJ Spoony also lent a hand.

Rylan said that the memory he has of a recent visit to a Children In Need-funded youth club gave him the strength to keep going to complete the challenge. He says: “Visiting the project and meeting all the kids and volunteers and speaking to them and understanding how much this money impacts their lives, when I am sort of dying at four o’clock in the morning trying to garble together a song I know what I’m doing it for now.”

During the challenge Rylan looked after his vocal cords by eating a spoonful of honey every hour.

As his marathon was coming to end, he told Zoe Ball during her Radio 2 breakfast show: “I am in such a state this morning, it doesn’t feel real. None of it feels real.”

When he’d had a chance to recuperate a little, Rylan tweet a thank you to those who had donated, saying: “I’m not really with it, but can’t thank you enough for all your donations for @BBCCiN #KaRYoke on @BBCRadio2. Nearly 900K now I can’t believe it. Thank you xx.”

I’m not really with it, but can’t thank you enough for all your donations for @BBCCiN #KaRYoke on @BBCRadio2 . Nearly 900K now I can’t believe it. Thank you xx

The amount raised is probably still increasing but the grand total will be revealed during Children In Need which is on BBC One this Friday.

Robbie Williams chats to Steve Wright on Radio 2 about lockdown, his career and kids