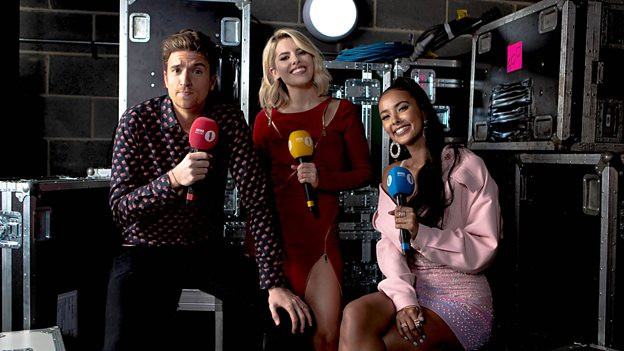 The BBC Radio 1 Teen Awards are back with a new look this year and performances from YUNGBLUD, AJ Tracey and Jax Jones.

It will take place at the BBC Television Centre hosted by Greg James, Maya Jama and Mollie King on Sunday 24 November.

Radio 1 listeners aged 14 – 17 will get the chance to watch the live show by registering on the station’s website for a pair of the 500 free tickets from 8am on Monday 28 October until 8am on Thursday 31 October.

It’s the biggest teen event in the pop music calendar and this year is its tenth year spotlighting some of the UK’s most inspirational teens, seeing them crowned Teen Heroes of 2019.

Acts are nominated by Radio 1 listeners with the Teen Heroes chosen by a panel of judges consisting of Radio 1 DJs.

Nominations for the celebrity categories, as voted for by Radio 1 listeners are:

Radio 1 will also reveal this year’s BBC Young Sports Personality Of The Year and present an Inspirational Hero Award, which is given to people who have inspired other teenagers.

Maya Jama says: “I am so excited to be presenting at this year’s Radio 1’s Teen Awards – it’s a really important evening and I love seeing everyone so gassed, it’s a really fun night, lots of screaming for my teen heroes too!”

YUNGBLUD says: “BBC Radio 1! I’m well excited to play the Teen Awards show I’m so excited to be a part of such an incredible celebration of young people and I can already tell it’s gonna be pretty loud!”

The show will be broadcast on BBC Radio 1 from 12pm on Saturday 30 November and viewers can watch all the best bits on BBC Two and BBC iPlayer later that evening, with highlights available to watch on Radio 1’s YouTube channel.

Get ready for another amazing show, with performances from:@AJTracey@JaxJones@YUNGBLUD

Find out everything you need to know – including how you could be there – right here: https://t.co/SLhxJldR4F pic.twitter.com/zgG2UyGN1w