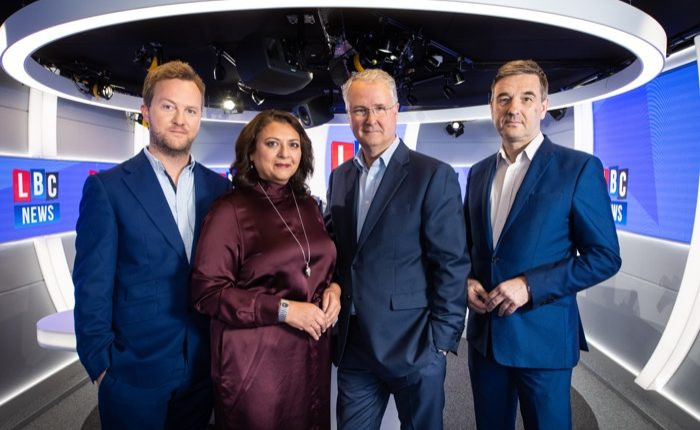 LBC News, “Where the News Never Stops” will be a brand-new dedicated news station broadcasting a full round-up of the latest national and international news in 20 minutes every 20 minutes, presented by news broadcasters, including former Sky News presenters Martin Stanford, Lisa Aziz, Ian Payne as well as Jim Diamond.

You’ll also be able to hear Prime Minister’s Questions live and in full every Wednesday at midday, as well as staying with press conferences and other events of major importance for extended live coverage.

The station is being launched by Global, the Media & Entertainment Group, which is the second largest radio news broadcaster in the UK. LBC News will be powered by Global’s own team of 140 broadcast and multi-media journalists, based in 13 newsrooms across the UK and further supported by a team of reporters around the world.

It will be different to LBC, Britain’s biggest commercial news talk station, which will continue to provide a 24/7 platform for debate, opinion and phone-ins on the big stories of the day.

Ashley Tabor-King, Global’s Founder & Executive President, said: “As the first commercial radio station in the UK, LBC has a 46-year history of providing the latest news, so it is exciting to launch LBC News, a new, dedicated station for the brand that can stay with major stories and events live longer and dedicate itself to pure news.

“With Global’s 24-hour rolling news radio channel, there will be no opinion or debate, just the news – on the radio, online and on our app – live, as it happens.”