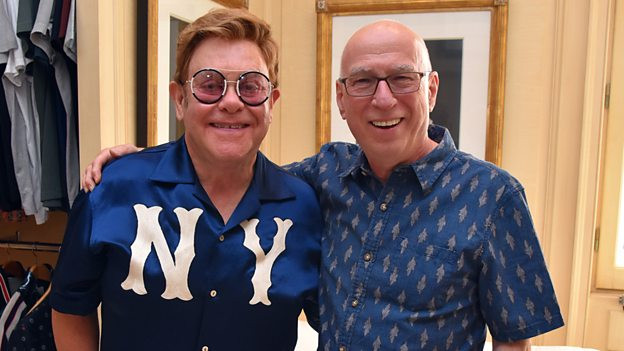 Elton John will be picking some of his favourite songs to feature in Tracks Of My Years on the Ken Bruce show on BBC Radio 2 over the course of a week in October.

This will coincide with Graham Norton interviewing Elton in a BBC One world exclusive entertainment special Elton John: Uncensored, which was recorded in the South of France in August, and as he prepares for the publication of his first and only official autobiography, Me.

On Radio 2, Elton will discuss with Ken Bruce his thoughts on the tracks he’s picked and the reasons for selecting them, with artists including Elvis Presley, Jerry Lee Lewis, The Beatles, Aretha Franklin and Little Richard.

Sir Elton John says: “Music has always been the bedrock of my life, through good times and bad. It was wonderful to delve into the songs that mean the most to me with Ken- a real deep dive into some of the tracks that have defined the eras of my story. I hope people enjoy listening to it as much as I did putting it together.”

Ken Bruce says: “It was wonderful to meet up with Elton and hear his choices and his enthusiasm for music. I also loved hearing all the incredible stories from his life.”

The piano which lives in the Radio 2 piano room was donated to the station by Elton John, who delivered it personally almost 9 years ago in 2010. It has since been played by Olly Alexander, Christine McVie, Gary Barlow, Benny Andersson, Tom Odell, The Shires, Ward Thomas, The Script and many more.