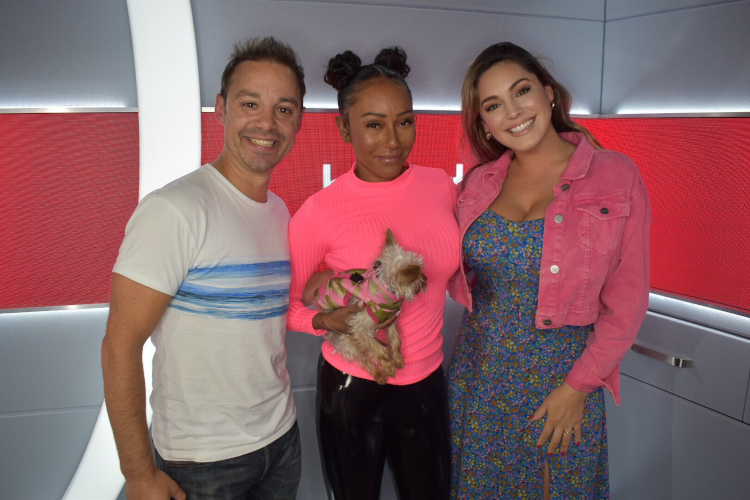 Mel B revealed some interesting things when she was on Heart Breakfast this morning, including talking about the Emma Bunton, Holly Willoughby girl kiss and who she thinks is the most overrated artist.

The girl kiss story came after Kelly Brook asked Mel which celebrity she thinks, is the biggest gossip.

“She knows everything about everything right? I did that with Holly Willoughby because she told me the night before that they had a night out and had a little bit of like a girl kiss and then I was on the panel with Holly Willoughby and I went ‘oh you and Emma you snogged didn’t you last night?’ she said ‘why would you say that out loud?’ ‘ooh sorry’. And then they aired it.”

Mel explained that she’s very honest, saying: “I can’t help it. Hence my show, Brutally Honest. Boom get that right in there.”

When asked who she thinks is the most overrated artist, Mel struggled to think of anyone at first, then she came up with one name as she reveals in the video below:

One of the funny moments of the interview happened when Mel B’s dog cookie, who was in the studio with them, started barking and Kelly asked why she was doing that? Mel answered: “Because you mentioned Victoria (Beckham), she’s going mad!”

Was it a happy bark or an angry on? Decide for yourself:

.@OfficialMelB's dog has a strange reaction when she hears ‘@victoriabeckham' 👀🤔