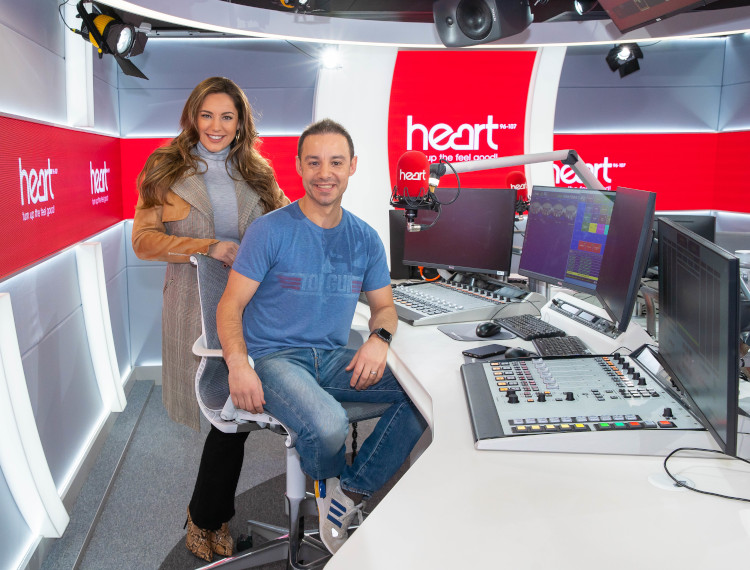 JK and Kelly Brook were discussing Boris Johnson’s first day as Prime Minister on Heart Breakfast this morning when Kelly revealed she has some funny stories about him.

Kelly told JK that she knows Boris quite well because they both did some work for Sky Ride together. She said: “He loves is bicycles Boris, he gets round on the bike doesn’t he, so we were promoting, getting on your bike and healthy lifestyles and stuff.

“Anyway, we got invited to a dinner party together once, it was quite a shuzy dinner party, lots of interesting people there. And Shirley Bassey was there.

“Everyone was very excited coz obviously she’s like a big diva and amazing and a bit of an icon. And no one was more excited than Boris and he started singing Goldfinger at the table in front of everyone. And he’s just looking at Shirley singing “Goldfinger, come on Shirley give us a song”. And I was thinking, this is so inappropriate coz it must be so irritating as a singer to always be expected to sing just like that.

“You can see her getting more and more irritated at which point, the third time he sang Goldfinger, she stood up she went “I am not singing on cue Boris” and just screamed at him and the whole table just went silent. He just always says and does the wrong thing!”

.@IAMKELLYBROOK was once caught in the middle of a karaoke dinner spat between #PrimeMinister @BorisJohnson and Dame Shirley Bassey 👀🎤😳

If that wasn’t enough for one day, Kelly also revealed that at the same party Boris started play fighting with some of the guests.

She told JK: “It all started getting a bit out of hand and his wife came over to me and said “Kelly Kelly they’re getting very rough with each other, they’re hurting Boris, can you go and do something?” So I was chosen to go and split up this little kind of fracas between Boris and one of these other guys at the party, and they had been playing thumb wars or something.

“I’m not joking, they were playing thumb wars…and he lost so badly that he actually dislocated his thumb and he was very upset about it, so I had to comfort him and get frozen peas from the freezer and ice his thumb. Yeah. True story.”