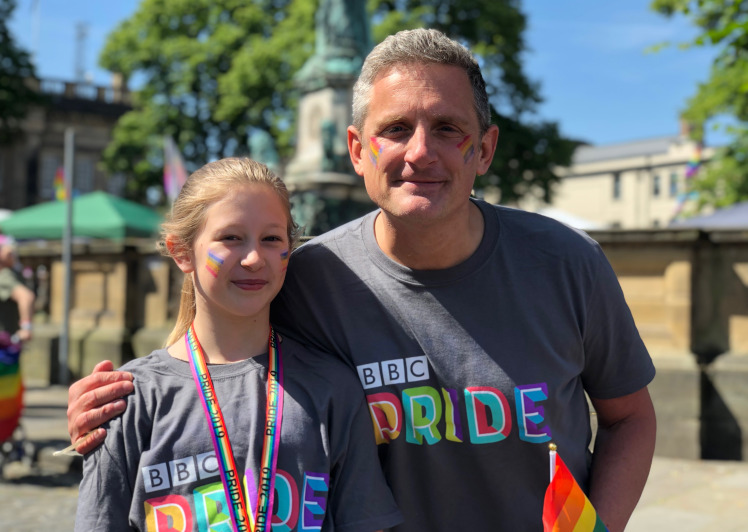 BBC Radio Lancashire breakfast host Graham Liver was surprised with the news this morning (Friday 12 July) that he’s been named a Freeman of the City of Lancaster.

Graham, who also presents for BBC North West Tonight, was told he’d received the honour while on-air during his breakfast show.

On receiving the surprise news, Graham said: “Wow! Seriously, am I? Wow! I love this. This is amazing. Hopefully my love of the county, particularly Lancaster where my family are, where I was born, where I grew up, where I went to school… Hopefully that [love] comes across and anything I can do to promote Lancaster, Morecambe and all round there, I’ll do. This is brilliant. I’m chuffed, thank you.”

Becoming a Freeman dates back to 1688 and, although it doesn’t carry the privileges it once did, it remains popular amongst those who are proud of their heritage.

Graham, whose family have lived and worked in the area for centuries, has hosted the BBC Radio Lancashire breakfast show for 10 years and regularly reads the news on BBC North West Tonight.

He’s a patron of a number of local charities and has helped to raise over £500,000 for BBC Children in Need.

Mayor of Lancaster, Councillor David Whittaker, said: “Each year Lancaster City Council continues the longstanding custom of admitting new Freemen of the city and it was great to see one of BBC Radio Lancashire’s favourite presenters who has always flown a flag for his home town, celebrating how proud he is of his heritage.”

John Clayton, Managing Editor at BBC Radio Lancashire, said: “The whole team is so proud that Graham’s passion for his home city has been officially recognised. Championing communities and the local traditions associated with them is at the heart of what we do at BBC Radio Lancashire. It’s also great to hear that if Graham does ever own a flock of sheep, he’s free to pasture them on Lancaster Marsh.”

BREAKING NEWS: BBC Radio Lancashire's @GrahamLiver has been named a Freeman of the City of #Lancaster.

The Mayor of Lancaster, Councillor David Whitaker, said "Graham has always flown a flag for his home town, celebrating how proud he is of his heritage.” pic.twitter.com/zpTZGncAXA