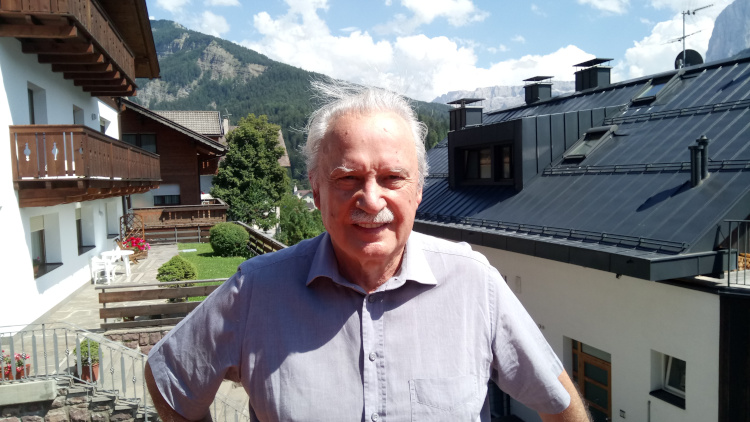 This weekend the BBC World Service has a documentary with the legendary producer, songwriter and DJ Giorgio Moroder.

He’s recognised the world over and across the generations as the pioneer of electronic dance music. In this special programme, Moroder invites us into his home in the Italian Alps to talk about his amazing career, demonstrate his art on his home studio keyboard and remember decades at the top of ground-breaking music production.

Now known as the father of disco, he grew up in Italy in the 1950s. This year he turns 79 and is going on a world tour. His impact on popular music is huge and this programme attempts to work out what’s so special about his creations.

The programme looks at his musical roots, experimentation and the magic he brought to hits for many artists including Donna Summer, Freddie Mercury, David Bowie, Britney Spiers, Cher, Janet Jackson, Bonnie Tyler and Kylie Minogue.

Among those joining Giorgio in looking back at his career are his co-producer Pete Bellotte, Donna Summer’s husband Bruce Sudano, Canadian singer France Joli and actress Kaleigh Cronin who played Giorgio in Summer – The Donna Summer Musical.

Giorgio Moroder: Together in Electric Dreams is produced by Iain Mackness and Ashley Byrne from production company Made in Manchester and can be heard at 12 midday on the BBC World Service this Saturday, April 6th.