BBC Asian Network Comedy is back 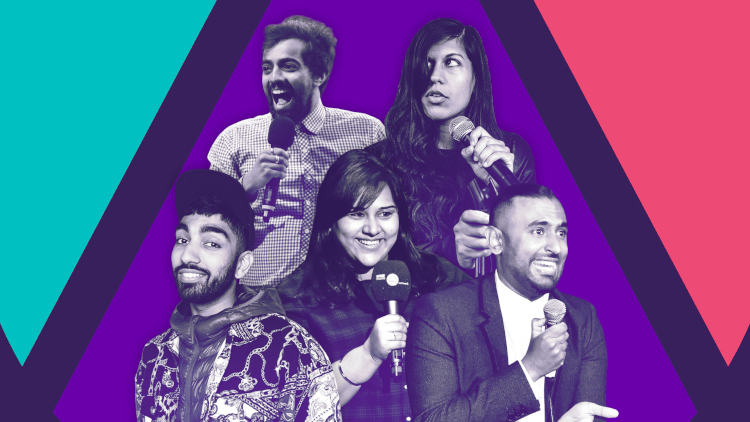 BBC Asian Network is presenting a night of comedy on Friday 26th April featuring some of the hottest new names in stand-up.

Asian Network’s Mawaan is an actor, writer and comedian. His comedy videos on YouTube have amassed over 18 million views and he has supported Simon Amstell on tour with his unique hybrid of confessional stand-up and skilful physicality.

Rising star Sukh is a comedian, actor and writer. She has starred in BBC One sitcom Hospital People, feature film Victoria and Abdul (alongside Judi Dench), and Charlie Brooker’s Black Mirror, and regularly performs stand up around London and the UK.

Up and coming stand-up Jay Droch is a comedy writer and performer. He was a runner up in the BBC Writers Room Future Talent awards in 2015 and is a member of Jumprov, the group thought to be Birmingham’s first BAME improv theatre company.

Former circus performer and dancer Charlie came to comedy to find her voice. She made it to the finals of both the Leicester Square New Comedian Award 2018 and Pride’s Got Talent 2018. She made her Edinburgh Fringe debut last year with her show ‘Polite Savage’.

The show will be broadcast live from the BBC Radio Theatre on BBC Asian Network and BBC iPlayer from 9 – 10pm on 26th April, with highlights available to watch on Red Button and iPlayer.

You've got until Wed 17 Apr to register for tickets! 🎫 https://t.co/PYlIh5A7zK pic.twitter.com/xAG3fLS5Ch