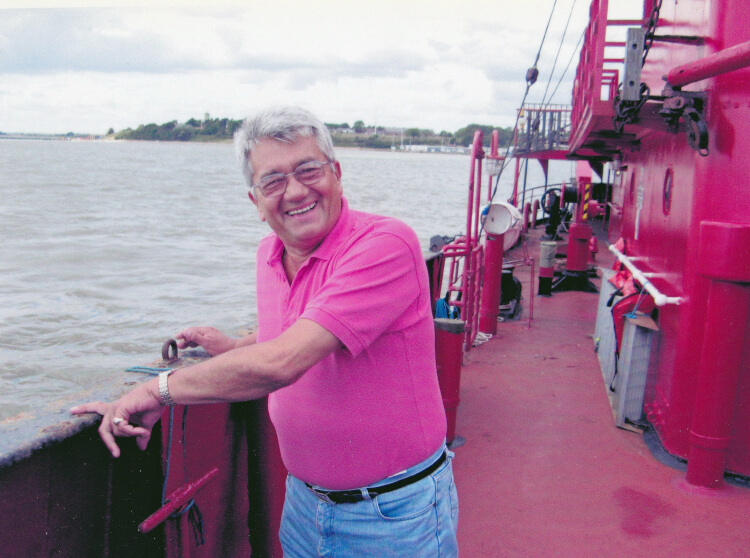 Broadcaster Tom Edwards is about to release his memoirs about his career in radio and television and how it all went terribly wrong for him.

In his new book Is Anybody there? Tom tells for the first time how his good and bad experiences led him to find solace in a bottle, which led to his downfall.

Tom’s first taste of radio broadcasting was in the mid 60’s on offshore pirate radio, firstly on Radio City and later, Radio Caroline where he stayed until the Marine Offences Act of 1967.

In 1968 he replaced Simon Dee on “Midday Spin” on BBC Radio One and Two. He also presented Radio One Club, Whats New and Nightride. This led to him becoming a staff announcer, newsreader and presenter at the BBC, a role that he enjoyed for many years.

Radio wasn’t the only string to Tom’s bow, he also loved live television, spending many years at BBC East. He also worked for most ITV stations, including  Thames TV, HTV, Tyne Tees, ATV, Southern and Anglia. He says he always preferred it to be live, because it added that extra buzz.

Tom describes his struggles with alcohol in the book and how, during his “three long, long years” in rehab, he learnt the therapy sessions by heart. He gradually learned about coping with life without alcohol and has now been sober for 25 years.

He says that he’s been wanting to write the book for a long time and that it goes into detail about some horrible things that still haunt him today.

It’s not all doom and gloom though, there are plenty of stories and a lot of name dropping! He says he felt like Jackie Collins when writing about some moments in his long life!

Tom says, “My book is a turbulent read but I hope you enjoy it and you can join me on a journey that took me here, there and just about everywhere.”

Is Anybody There? by Tom Edwards is released through Kaleidoscope publishers, with the official launch at Birmingham University on 8th December.