Keith Urban is the first guest on Absolute Radio Country 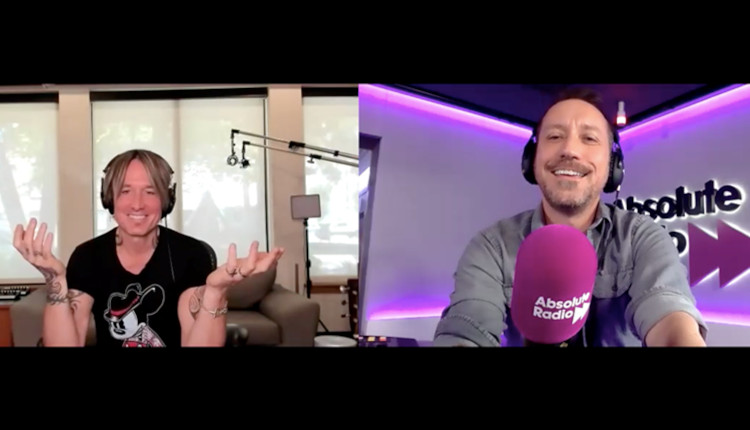 Keith spoke about his new song ‘Out the Cage’ ft. Breland and Nile Rodgers, the surprising British artists that inspired the song and when UK fans can expect him to make a return to the country.

Talking about his new song, Keith said: “It was predicated on my love of those 90s Fatboy Slim records, and The Prodigy and some of that intense rhythmic energy. I wanted to try and write something that was built on that rhythmic bed. I brought the idea to a friend of mine, Breland who ended up singing on the song as well.”

He also revealed that they’re both working on a new song at the moment – one of Breland’s which Keith is guesting on, he explained: “I said to him this can’t just be about lockdown, I don’t just wanna hear about that. I don’t wanna hear about that next year that’s for sure. But I do want a song to help me out of whatever I’m stuck in. Whether that’s a crap job or a relationship that’s going nowhere, or my own negativity. Just anything and any one situation that I wanted to break out of.”

At the start of lockdown, Keith was working on his new album The Speed of Now and says that he thought he could just put his comfy pants on, sit on the couch and eat chips until the whole thing blew over. It wasn’t long before he realised things were much worse, “I had to figure out how to get on track again, just pivot and rethink everything and become adaptable to this new environment,” he says.

Asked when UK fans can expect to see him again, Keith said that he’s hoping it will be next year. “Our world tour is going to start in Australia in December,” he explained, “It was supposed to be December last year… Everything’s been pushed a little bit but I’m hoping we can get to the UK much sooner. Hopefully the earlier part of next year, my fingers are crossed for that.”